1. «Do you know where the Browns live?» we asked a passerby.
We asked a passerby if he knew where the Browns lived.
2. «There are a lot of trains to my station on Sunday,» said Andrew to us. «You will have no problems getting to my country place.»
Andrew said to us that there were a lot of trains to his station on Sunday and that we should have no problems getting to his country place.
3. «Do you often meet my sister at the library?» he asked me.
He asked me if I often met his sister at the library.
4. «Will the teacher return our exercise books today?» asked Nick.
Nick asked if the teacher would return their exercise books that day.
5. «My nephew is a very capable young man,» said the woman. «He has just graduated from college, but he is already a very skilful specialist.»
The woman said that her nephew was a very capable young man and that he had just graduated from college, but he was already a very skilful specialist.
6. «Sit still and don’t move your head,» said the doctor to me.
The doctor said to me to sit still and not to move my head.
7, «I want to know how your cousin likes working at this hospital,» said Vera to Helen.
Vera said to Helen that she wanted to know how her cousin liked working at that hospital.
8. «Don’t forget to bring your exercise books tomorrow,» said the teacher to us. «You are going to write a very important paper.»
The teacher said to us not to forget to bring our exercise books the next day.
9. «How can I get to the circus?» asked the girl. «Take tram number five,» said the man.
The girl asked how she could get to the circus. The man said to take tram number five.
10. «I am very sorry, Kate,» said Mike, «I have forgotten to bring your dictionary.»
Mike said to Kate that he was very sorry, but he had forgotten to bring her dictionary.
11. «When does your mother go shopping?» asked the neighbour.
The neighbor asked when my mother went shopping.
12. Не said to me: «Come at nine o’clock, I shall be free at that time and we shall have a nice cup of coffee.»
Не said to me to come at nine o’clock and that he would be free at that time and we should have a nice cup of coffee.
13. Nina asked her friend: «What did the professor speak about in his lecture?»
Nina asked her friend what the professor had spoken about in his lecture.
14. She said to me: «What are you going to do when you come home?»
She said to me what we were going to do when you came home.
.15. «Have you received a telegram from your wife?» she asked Robert.
She asked Robert if he had received a telegram from his wife.

1. Я боялся, что заблужусь в лесу.
I was afraid that I should lose my way in the forest.
2. Она знала, что мы никогда не видели ее картины.
She knew that we had never seen her pictures.
3. Ученый был уверен, что найдет решение проблемы.
The scientist was sure that he would find the decision of the problem.
4. Я знал, что ты приехал в Санкт-Петербург, и полагал, что ты навестишь меня.
I knew that you had come to Saint-Petersburg and I believed that you would come to see me.
5. Мы не думали, что он так рассердится.
We didn’t think that he had become so angry.
6. Мы вчера узнали, что она больна.
Yesterday we learned that she was ill.
7. Он думал, что она не придет в школу.
He thought she would not go to school.
8. Я знал, что моя сестра изучает французский язык, и думал, что она поедет в Париж.
I knew that my sister studied French, and I thought she would go to Paris.
9. Мне сказали, что ты мне звонил.
I was said that you hadn’t rung me up.

The Stone Age was a period of history which began in approximately 2 million B.C. and lasted until 3000 B.C. Its name was derived from the stone tools and weapons that modern scientists found. This period was divided into the Paleolithic, Mesolithic and Neolithic Ages. During the first period (2 million to 8000 B.C.) the first hatchet and use of fire for heating and cooking were developed. As a result of the Ice Age, which evolved about I million years into Paleolithic Age, people were forced to seek shelter in caves, wear clothing, and develop new tools. During the Mesolithic Age (8000 to 6000 B.C.) people made crude pottery and the first fish hooks, took dogs hunting, and developed a bow and arrow, which was used until the fourteenth century A.D. The Neolithic Age (6000 to 3000 B.C.) saw humankind domesticating sheep, goats, pigs, and cattle, being less nomadic than in previous eras, establishing permanent settlements, and creating governments.

2. Which of the following developed earliest?
the fish hook(B) the fish hatchet(C) the bow and arrow (D) pottery

3. Which of the following developments is not related to the conditions of Ice Age?
Farming(B) clothing(C) living indoors(D) using fire

6. The author states that the Stone Age was so named because _____ .
(A) it was very durable(B) the tools and weapons were made of stone
(C) there was little vegetation(D) the people lived in caves

• E.g.He is sorry that he has said it.
He is sorry to have said it.
1. He was happy that he was praised by everybody.
He was happy to be praised by everybody.
2. He was very proud that he had helped his elder brother.
He was very proud to have helped his elder brother.
3. She was sorry that she had missed the beginning of the concert.
She was sorry to have missed the beginning of the concert.

Use Gerund forms for the words in brackets and fill in the blanks with prepositions where necessary.

They succeeded in finding a good flat.
Thank you for coming here.
He is proud of having won the 1st prize.
Would you mind closing the door?
Do you have any reason of saying such a thing?
He was surprised at having been asked about it.
He denied having seen this man before.
There are different ways of solving this problem.
He couldn’t help laughing.
He didn’t feel like going out. 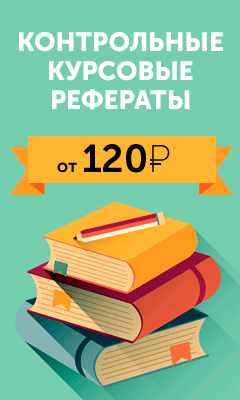